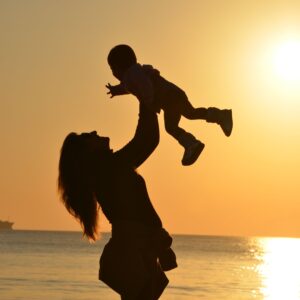 What To Avoid When Co-Parenting

I distinctly remember sitting in a session where the parents argued for at least an hour over a soccer ball. I don’t remember what sparked the argument, but it was something along the lines of the ball never making it back to mom’s home. Mom yelled at dad and blamed him in front of the child. She explained that because dad forgot to return the ball, it shows how unimportant the child was to him and what a terrible person dad was.

First and foremost, things like this tend to happen when co-parenting after divorce. Make it easy and buy two soccer balls. It’s not worth the time and energy to fight over something so small in comparison to the bigger picture of all your family is going through. If there is a quick and easy way to “fix” a recurring issue, just do it! It’s important to minimize the fighting and tension, especially in front of the kids.

Don’t Slander The Parent of Your Child

It’s critical to avoid defaming the other parent of your child(ren) when co-parenting after divorce. Read that again until it finally sinks in. This (in my opinion) is one of the absolute worst things a parent can do to their children. The information will impact your kids. A child is genetically 50% mom and 50% dad. So if you are bad-mouthing your child’s other parent, whatever you are saying about that other parent your child is internalizing either consciously, or subconsciously. That 50% of them is whatever you are saying about your co-parent. So, if mom is bad-mouthing dad and telling her son or daughter that their father is a bad man who could never be trusted and has ruined her life, that child is going to feel that they are capable of that same thing.

To an adult, this may seem silly, but to a child who still loves your co-parent and is not old enough to process all of the tension, anxiety, and sadness that fills their lives, it is impossible for them to differentiate themselves enough and understand that just because they are genetically linked doesn’t mean they are the same person. In short, respect that your child still loves your co-parent and understand that just because he/she was a bad partner for you, doesn’t necessarily mean they will also be a bad parent to your child. Your job as a parent is to let your child always see their mom and dad through their own eyes. Let them learn who your co-parent is in their own time and through their own interactions with them, not through your pushing them to see them in any one specific way. Trust me, if your co-parent is as bad as you believe him or her to be, it is impossible to hide that forever. Their true colors will come through and then your child will see it for themselves, and not hold resentment towards you.

Let Your Child Make Their Own Decision

Regarding the soccer ball scenario above, do not spend more money on hourly fees to a professional than it would cost you to purchase the item you are fighting about. One reason I chose the path of becoming a full-time mediator and 100% abandoning the thought of ever taking cases to court is because of this issue. I worked in a traditional family law firm and a client of ours and his soon-to-be ex-wife were fighting over an old Toyota truck. At the time, I was supporting the attorney and after the client left the office I asked him why he let them continue to argue when he knew the time they were spending on him would buy them another truck and the fight was a waste of everyone’s time and money. His response was, “the more they fight, the more I get paid. What do I care?” My stomach turned. It made me sad for the couple, for both of them. What they needed was someone to help calm them down, to speak to them as human beings going through a very difficult time.

They both needed to feel heard, respected, and understood. It was such a missed opportunity to help a couple with children learn better ways to resolve conflicts than the way they had been resolving it throughout their marriage. Their way clearly was not working. But they didn’t have the tools to do it any other way. That is why I love what I do. Not only do I get to help people get through one of the hardest times they will ever face in life, but I also get to help them come out the other side a better version of themselves.

At West Coast Family Mediation Center, we equip our clients with tools they can use to help them when the next emotionally charged issue surfaces. Not only does that help them, but it also provides a better environment for their children and allows them to model better behaviors for their children when it comes to dealing with hard issues. If you know you are headed towards separating from your co-parent and are seeking the healthiest way to do so for your children, please consider mediation before heading off to court. There truly is a better way.

This website uses cookies to improve your experience. We'll assume you're ok with this, but you can opt-out if you wish.ACCEPT REJECT
Manage consent